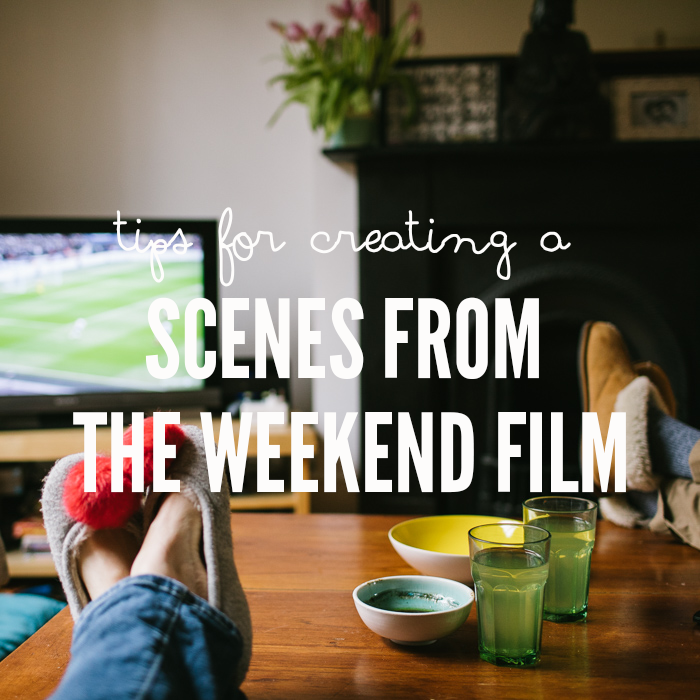 Posted at 08:00h in my films, my time capsules by xanthe 0 Comments
Share

Wow… I’m celebrating three years of creating Scenes From The Weekend films as part of my #minimondaymovies project and sharing these films every week on Instagram.

It all started in Feb 2015… when I created a 15 second mini film as part of a longer film I’d made. (This was before Instagram introduced up to 60 seconds of video.) I was taken with the idea of telling a mini story in such a short time with just a few snippets of footage.

I continued to make a mini film every Monday and then one year passed… I acknowledged the milestone by re-creating the first film I made.

Then the second year whizzed by… continuing to document each weekend, no matter what was happening…

and into this third year…which has been harder at times for a few reasons… My weekends don’t always provide something worth shooting, the things me and my family do has changed, basically the boys aren’t around as much.

I often work at points during the weekend and this is either at my laptop, which is boring to film or I’m on shoots which I often can’t share… plus, after shooting so many of these films, it began to feel repetitive to me.

So after the summer of 2017, I thought about stopping, but I actually really like the discipline of the project, I like the memories each film brings and I like consistently shooting something just for ME. So I set myself the additional challenge to shoot each film in a different way, for example in Black & White, using audio, in vertical and a few other experimental ways. This rejuvenated the project in my eyes and gave me creative ideas to make more films and content ideas to add to my online courses.

I don’t know what’s ahead as I enter the fourth year… I might stop or change it again. But what I do know is each film is a Time Capsule of that particular weekend, transporting me back to those moments. A film just for me! It’s what encourages me each weekend and for that I’m very grateful.

Last year I wrote some tips to start making your own weekend films… I’ve updated below if you’re inspired to start shooting your weekend moments.

Just start – I say this to all my students on my online courses. Just start shooting something… anything from your weekend. You don’t have to commit to shooting every weekend. Just begin with the next one.

Get prepared – Charge your batteries & clear your memory cards. Or if you’re using a mobile device, make sure there’s storage available. Then keep your camera with you all weekend, so you’re ready to shoot whatever moment arises.

Get them onside – Make the people who will be with you aware of your project and encourage them to be an active part of your film. Children especially love being part of the process!

Music – Perhaps pick out some music tracks in advance if you can, just so you’ve got some choices in the edit. (Check out my favourite music source – Soundstripe) You might know in advance the type of weekend you’ll be having….. so the music could reflect that – is it a lazy cosy one, or are you out and about doing chores or with family?… choose your music accordingly.

Vary your shots – include a mix of compositions and angles to make the film more interesting – Wide and close ups… shoot along the floor, from above, through objects – be experimental! You could even add a time lapse… Turn it into a visual feast!

I like to think of my films as a collage of clips, all pasted together as a moving memory. Seek out the details or moments that represent this particular weekend. I always like to include signs of the season that make me remember what time of year it was – autumn leaves, bare or blossoming trees and golden summer light.

Remember – you don’t have to film every… single… thing you do. It will be too much footage and it’s about looking for key moments and your unique stories.

Put yourself in the frame – set your camera up on a tripod or table and film yourself. It’s important you’re part of the story.

Make time to edit – Sunday evenings are my time to pull my film together, so it’s ready to share on Monday morning, as part of my hashtag #minimondaymovies – look for the best bits of footage that tell the story of your weekend. Cut out anything that doesn’t fit or clips that are too similar to others. Fill your film with your “best of the best” bits.

Hopefully some of these tips have been helpful and you’re all set to create your SFTW film. It’s a wonderful film to make and something you will treasure for years to come.

If you’d like more guidance to start making your own films – check out my online courses where I share everything you need to get started and inspiration to take you through the whole process and find the love of making films!