THE JOYS OF THE MINI MONDAY MOVIE AND A GIVEAWAY - xanthe berkeley
28523
post-template-default,single,single-post,postid-28523,single-format-standard,bridge-core-2.0.2,qode-page-transition-enabled,ajax_fade,page_not_loaded,,qode-child-theme-ver-1.0.0,qode-theme-ver-25.0,qode-theme-bridge,qode_header_in_grid,wpb-js-composer js-comp-ver-6.5.0,vc_responsive

THE JOYS OF THE MINI MONDAY MOVIE AND A GIVEAWAY 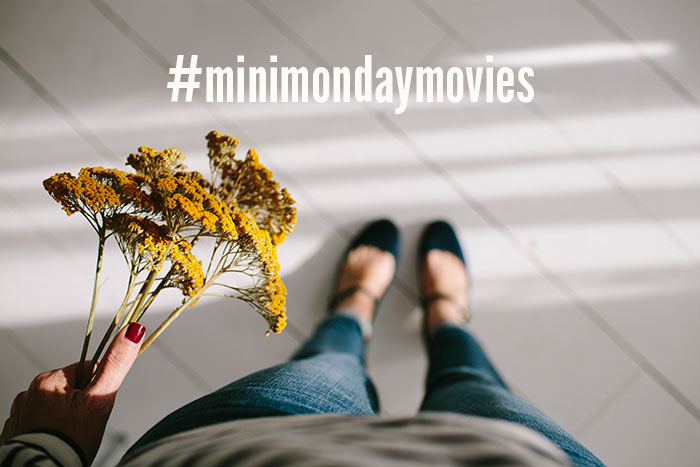 Previously, I’d been sharing video clips on Instagram of slow mo walking and time lapse fun. But I wanted a way of sharing the kinda films I’d been making of my family and maybe encourage people taking my courses to join in.

It all started as I gathered some footage for a Random Happenings film, but I wasn’t that happy with all the footage. But there were a few clips I liked. So I experimented with putting together a 15 sec mini film of my favourite clips. Surprisingly I really liked it, as you could actually tell a story in that short amount of time.

Also, I realised this kinda film was quicker to shoot and edit… but still contained all of the feelings to transport me back to that time.

I was in love!

So the #MiniMondayMovies hashtag was born.

The idea was simple – Gather snippets of footage over the weekend… Clips that represent the things I/we did. Then string together between 5 to 8 clips into a 15 second film. Voila!

I usually edit it on a Sunday evening when I’d possibly be just slumped on the sofa… it doesn’t take long if I already have the music chosen.

So I now have nearly a years worth of weekend films saved to look back on. Which makes me really happy…

Rather wonderfully, through my #minimondaymovies hashtag other brilliant people have been joining in. So many interesting lives all around the world.

If you’re inspired to make your own mini weekend films, it will be one of the projects we’ll be making during my MAKE FILMS course. The course starts in January… Maybe you’d like to join in? or enter the giveaway above…

How about a giveaway? Two places to take part in MAKE FILMS… One person chosen from here on the blog and one from Instagram (this film).