SCENES FROM THE WEEKEND – AGAIN

02 Nov SCENES FROM THE WEEKEND – AGAIN

Last week my #minimondaymovies film was extended into a longer film with the left over footage… so I thought why not do the same this week.

Little snippets put together into a One Minute Memory. Nothing fancy, this certainly isn’t my “best” film, it’s just little clips, strung together in no particular order. But they’re my favourite moments… the green pancakes Cosmo begged to make but actually tasted horrid!, the magic autumn light as Luke & I strolled, just us… and our fat cat’s hilarious walk along the very thin fence. These are pretty peeks into our life as it is right now. Nothing fancy… no whirlwind trips to the other side of world, just life happening…

And I must say, this isn’t everything we did this weekend – just the bits worth noting and of course… those frames filled with abundant light.

Believe me, I spent a lot of the weekend sorting my work room and generally tiding parts of the house that have gotten out of control… Plus, hiding from trick or treaters, as the boys had their own plans – so for the first time in years, there was no dressing up for us or traipsing round the streets dodging sugar high kids.

I wasn’t that sad, is that bad? 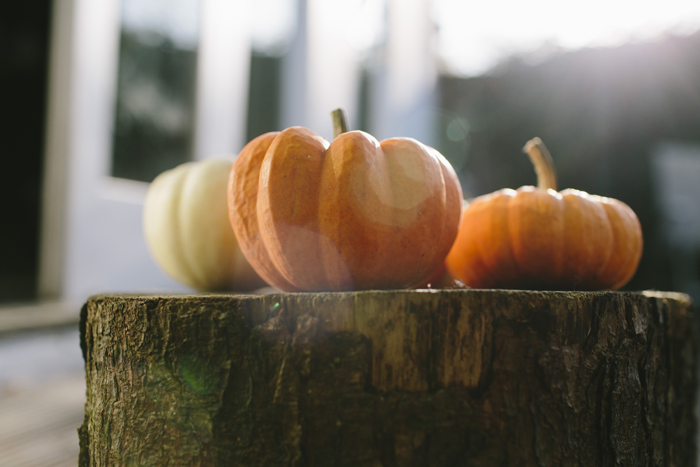 This One Minute delight is just the type of film you can make during my Creating Time Capsules course. You can learn so much from putting together a simple film like this. Capturing one minutes worth of footage doesn’t take up too much time. As I’ve just mentioned a fair few hours of this weekend were spent hoovering, so you only need to pick up your camera a few times a day. Then instead of watching TV on Sunday evening, I spent an hour editing – making this film and the mini version for Instagram.

So… if you’re interested in giving Time Capsule film-making a whirl… the final round of 2015 is starting next week. I’d LOVE to have you join us.

Now onto announcing the winners of last week’s giveaway –

Here on the blog – Hannah & over on Instagram – @nofrillsmum

I’ll be in touch with the details.