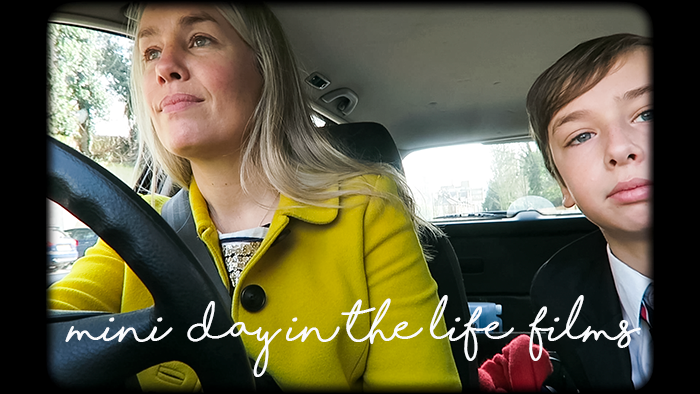 In fact, July 2017 was the last time I gathered some memories into these daily Time Capsule films.

I approached this differently to previous week long projects, as I know the commitment of shooting and editing a film every day for a week, is a big one. So instead, I picked days throughout the month to spread it out. Plus, I was shooting on my iPhone and G7x to make it easier, but it means they’re not as beautifully shot as I would like…

It’s good to keep experimenting and mixing things up. As soon as the pretty summer light returns, I’ll be back to dreamy sun flares and bokeh.

For now… this is what the days this month have looked like… not as much family time as there used to be, with teenagers who are doing their own thing.

But I’m so happy to have documented a little of what life as it is now… in this collection of Time Capsules.

My favourite film is the family collaboration we did over the weekend… you can read about this project here.

Perhaps these mini films have inspired you to have a go at creating your own Day In The Life film… If you’d like any help, inspiration or guidance… consider taking one of my online courses – All the details are HERE.